I was planning to review Jeff Noon’s latest novel, A Man of Shadows, to tie in with my interview with him here. But the more I thought about it, and I’m a huge ponderer, the more I figured that it’s actually a hard book to review without any spoilers at all. Sure I could comment on the noir-ish plot, of hard-boiled investigator John Nyquist’s latest case, or the seemingly impossible murders committed by Quicksilver (no, not that one Marvel fans), or I could wax lyrical about Noon’s prose style, evoking both place (the city combining Dayzone, Nocturn and Dusk) and more importantly, a person’s sense of time. But in doing so, I would give away the joys of exploration to any given reader. I thoroughly enjoyed A Man of Shadows but it is hard to recommend it without giving away that experience of discovery.

So I thought about time and time travel. And minor spoiler alert…how Jeff Noon’s novel 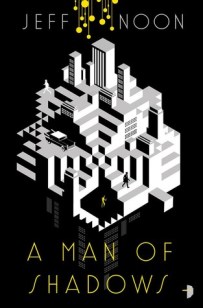 tackles time and his characters as they travel through it. But it is not a time travel novel in the traditional sense. There is movement through time at a rate not equivalent to our perceptions of moving at 60 seconds every minute, but there is no time machine at play. What Noon does, however, is describe those feelings of how time seems to pass differently for each of use depending on what we are doing at a given moment of the day or our life. As Matt Haig says: “How to stop time: kiss. How to go back in time: read. How to escape time: listen to music. How to feel time: write. How to KILL time: Twitter”. Time, and travel through it, is all about perception.

Now I’ve read a few traditional time travel novels (The Time Machine, Doomsday Book, Timescape, The Time Ships to name some) but to be honest, they are no really my bag. I enjoyed Doomsday Book by Connie Willis, for example, but to me, it is just an excuse to write a historical novel through the eyes of the Twentieth Century reader. But I have read a whole bunch of books that tackle time in a different manner, as Noon has done. No time machine. No timey-wimey science. Just character and story dealing with time; so here are my favourites:

The Stars My Destination by Alfred Bester (1957)

In which Gully Foyle is an uneducated, unskilled, unambitious man lost in space who discovers the ability to jaunt (a form of personal teleportation) through space and time. He is on a revenge mission but locked in a prison, where he learns his trick. By the end of Bester’s classic, it is revealed that it is faith that is the driver of jaunting. Bester uses Foyle to examine society’s prejudices and misogyny. He was very much ahead of his time. 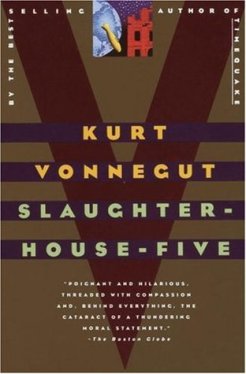 In Slaughterhouse-Five, Vonnegut’s Tralfamadorians have the ability to observe time as we observe distance. And so they can see their entire lives ahead and behind them. Death is just a part of what they can see. So it goes. Vonnegut tells his main protagonist’s story – that of Billy Pilgrim – out of order which highlights the idea that time is fluid; more like a river than a dimension. Meanwhile, Timequake sees everyone travelling back in time 10 years to live their lives again, but without the ability to change anything from the first run. In Vonnegut’s eyes, we are all victims of time with no free will. I tend to agree.

The plot of Replay sees our hero – a 43-year-old man – die and wake up back in 1963 in his 18-year-old body. This happens repeatedly as his life takes different paths but he dies in the same manner on the same date every time. I suspect Grimwood had read some Vonnegut before writing this classic. We can’t escape our fate. 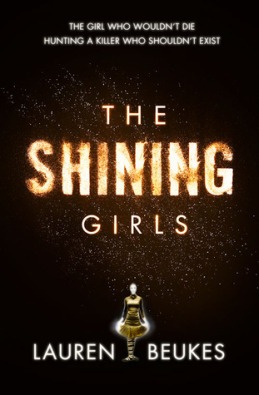 In which a more traditional time-travel tale is told, but without any obvious mechanism to drive the movement through time. Beukes story is a kind of serial-killer murder mystery, except the murder is collecting the life force from girls who ‘shine’, and the killer moves throughout the 20th Century. Set in Chicago, Harper Curtis finds a key to a house that opens doors to other times. However, one of the girls that shine, Kirby Mazrachi, survives the attach on her, and starts investigating. Beukes provides no explanation on how or why time travel works. It is a MacGuffin for chasing a murderer through time.

In which North mirrors Grimwood in a way. Every time Harry dies he returns to where he began, as a child with the knowledge of the life he has already lived a many times before. During his eleventh life, however, something starts to change. North’s story is very different from Replay in that Harry August finds he’s not alone in his ability. Time is something that can be fought?

Taylor’s novel reads like a anthology of short stories. On an island group off the coast of the USA, a number of family’s interlocking stories are told over 150 years. Stories of the past, present and future reveal the strength of Taylor’s female characters. She uses time to highlight relationships, and while there is no travelling in time as such, the chapters move back and forth in time, like Vonnegut, suggesting time is a mutable river.

The Gradual by Christopher Priest (2016) 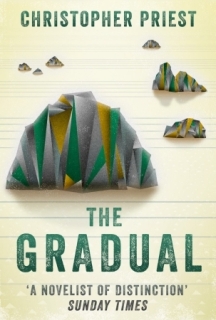 While travelling through Priest’s Dream Archipelago, Alesandro starts to lose time. After returning home from a short concert tour he finds he’s been missing for a few years and his wife has moved on. Alesandro is also searching for his brother who disappeared when he was a child and his brother joined the army. Priest sees time as something that can be taken and given, and travelled through at different speeds. The novel is also about music, which is heavily influenced by moments in time.

In which Allan uses the separation of time to examine the relationship between sisters. Can close childhood sisters find commonality after 20 years apart, when one thinks the other has been dead for that time? Less a time travel novel, than a time-stands-still novel, the nature of sibling love is tackled alongside delusions. The classic puzzle for the reader to unravel is the question of reality versus all-in-the-mind.

Time travel is better served when there isn’t a machine or a doodad that transports protagonists hither and thither through time. I see time machines as an excuse to tell a story set in another time period through the eyes of the modern reader, but not giving the reader the credit to be smart enough to dive straight in. The novels described above are all interesting, daring, and tackle the subject of how humans relate to time with no holds barred. Spend some time with them…